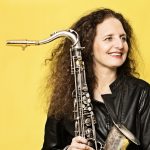 Is a musician and a composer of considerable scope and imagination.

She has created her own distinctive fusion of Jazz and West African Influences.

It's exuberant music with a personal touch that is unusual, extrovert and atmospheric. 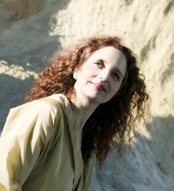 Music studies at University of Copenhagen 1983-87

Rhythm studies. Visit Ghana for the first time in 1994 to study polyrhythms with Johnson at Legon University, Accra and with masterdrummer Okyerema Pra in Cape Coast. A visit that has a deep influence on her further musical direction and nurtures a lifelong inspiration from Westafrican rhythms.

1994- : Bandleader, Composer and Founder of the Afrojazzgroup Another World

Cooperation with different soloists over the years such as: Okyerema Pra (GH), John Tchicai (DK), Bob Moses (US), Ameton Trio (GH) a.o The band draw inspiration from Westafrican rhytms and Jazz. In 2017-18 AW have two concert tours with Ameton Trio from Ghana. AW celebrates 25 years jubilee during Cph Jazzfestival 2019. They have released five albums together.

Concerts in DK and France. Release Album MALA in 2022

KS meets Dela Botri during a tour with Another World in Ghana 2015. They start working together regularly in both DK and Ghana. Together they form Rhythm & Wind

Together they write music including musicians from DK, Ghana and Burkina Faso. They perform the new compositions during Cph Jazzfestial 2018 with ”Rhythm & Wind Nonet”, and perform and record after this also in smaller constellations.

Cooperation since 1990 with pianist Marie Schmidt

2016: Music Across Borders: Documentary by Ghanaian filmmaker Dr. Gameli Tordzro about Katrine Suwalski and her musical language. The movie has been shown in Ghana, DK, Scotland, US

CD Releases in own name:

Recordings as a sideman:

2019: Contribute together with Dela Botri to two tracks released by Ghanaian singer and rap artist Trigmatic

2011-2022: Chairperson of the board of Copenhagen Jazzclub “Paradise Jazz” 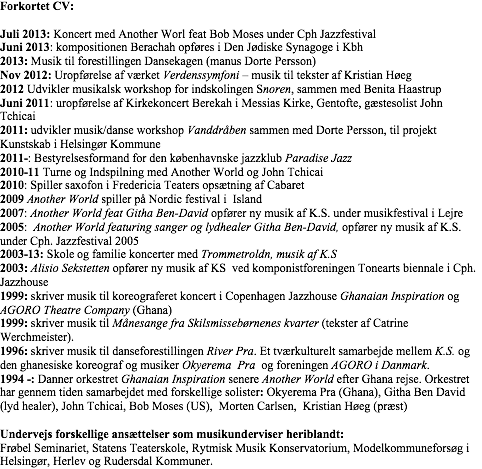 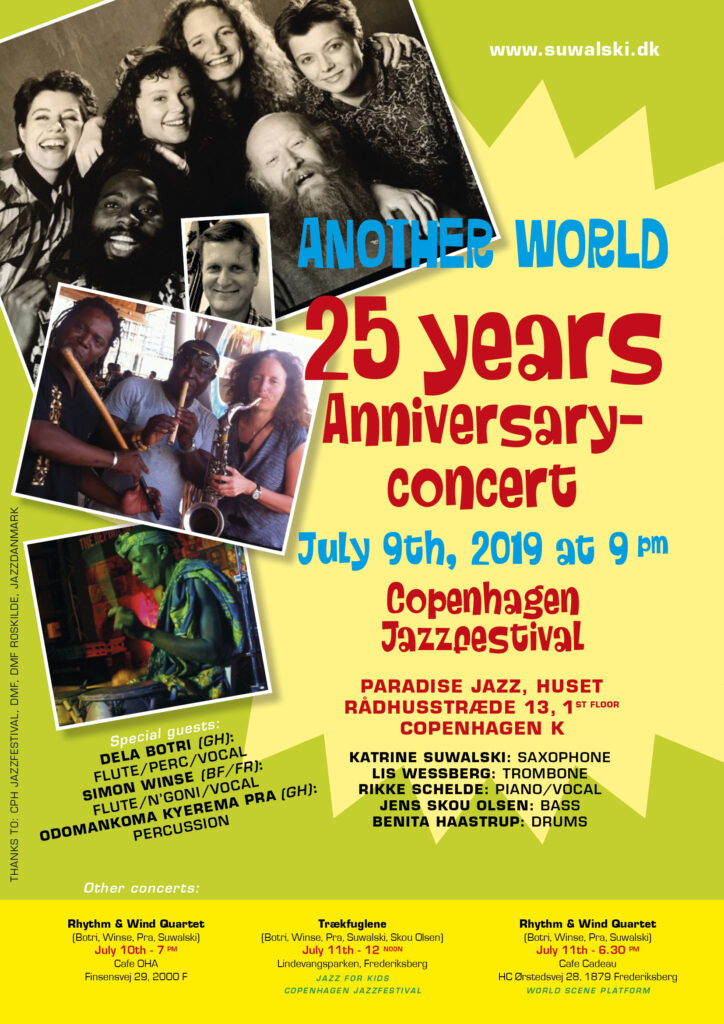